While this project is centered on Belfast, we thought we would be remiss if we did not cover Derry. So many of our friends live in the Walled City, sharing our experiences, and living some different from ours. Whether you're taking the train or the 212 bus from Belfast, Derry offers a much different landscape, one that is both confrontational and inclusive, extreme and safe. Derry's history explains a dichotomy that is much more present that the typical Belfast focus.

Even its name is the subject of a conflict. The name "Derry" is the anglicism for Daire (or Doire in modern Irish). It was the establishment of the Plantation of Ulster in 1613 that led to its change of name to Londonderry, to reflect the origin of the guilds having taken possession of the lands in what is now County Derry. Since 1984, the local councils have used the name Derry more often than Londonderry, but continues to be litigated: a High Court decision in 2007 had to affirm that the official name was Londonderry. The council, having merged with the nearby border town in 2015, is now the Derry City and Strabane council. The issue with the name, that many will see altered with spray paint on the M2 from Belfast to Derry is actually welcome by unionist and protestant / loyalist communities; only 8% were opposed to it in a 2009 poll. Still, perception bias runs wild in Derry the way it does in Belfast, and many business or transportation names refer to the local area - the river Foyle, the Waterside, etc - to avoid potential alienation.

Interestingly enough, Derry's coat of arms includes that of the City of London (the red cross and the sword). It contains a skeleton sitting on a rock with a three-towered castle on a black field. Commissioned by Daniel Molyneux in 1613, the Ulster King of Arms explained this was meant to represent "Derry's ruin at the hands of the Irish rebel Cahir O'Doherty", with the castle referring to the hope for prosperity brought by the London guilds. The legend of the identity of the skeleton is as varied as Derry residents themselves: could it be Walter de Burgh, a rich entrepreneur who waged war with other local earls and starved to death in 1332. Some say it was O'Doherty himself, killed in 1608 - although his untimely passing his disputed. The local commentary says that the bored, waiting skeleton is an Irish Catholic waiting for a job and a council house. The stories are so rampant the city felt it necessary to issue a report in 1979 solely to say the skeleton is a skeleton and to leave it at that. I personally believe the skeleton is any Northern Irish resident waiting on Stormont to deliver cross-community support.

The city is home to the Peace Bridge, opened in 2011. It connects the riverbank area of Ebrington to the city centre, right behind the Guildhall. It was designed by AECOM and Wilkinson Eyre Architects, and was opened in the presence of the EU Commissioner for Regional Policy, Johannes Hahn; then First and Deputy First Ministers, respectively Peter Robinson and Martin McGuinness, as well as the then Taoiseach, Enda Kenny. The bridge represents its most primal role, connecting communities - the unionist Waterside and the nationalist Cityside. Funded by the EU Peace III programme, the two sloping arms represents togetherness. This is not the only structure that illustrates a shared city, and a commitment to peacebuilding, in Derry. Hands Across The Divide, one of the better known sculptures in Northern Ireland, was created by Maurice Harron and placed in Derry in 1992 by the Craigavon Bridge. It symbolises the start of cross-community consultations toward what would become the Good Friday Agreement.

Many know Derry because of the Bloody Sunday, Martin McGuinness, or the national treasure that is Derry Girls. The city is home to some of the most influential community activists we know and love. It sees radical change, and influences a stale status quo at a rapid pace. It is young, hard, festive, diverse, and in stark opposition to its current DUP leadership. Derry doesn't contain its strengths solely behind its walls. It spills over into the Bogside and flows down the river Foyle. It extends to our invisible border and screams from across the green of County Omagh. Derry Won't Always Be Like This. 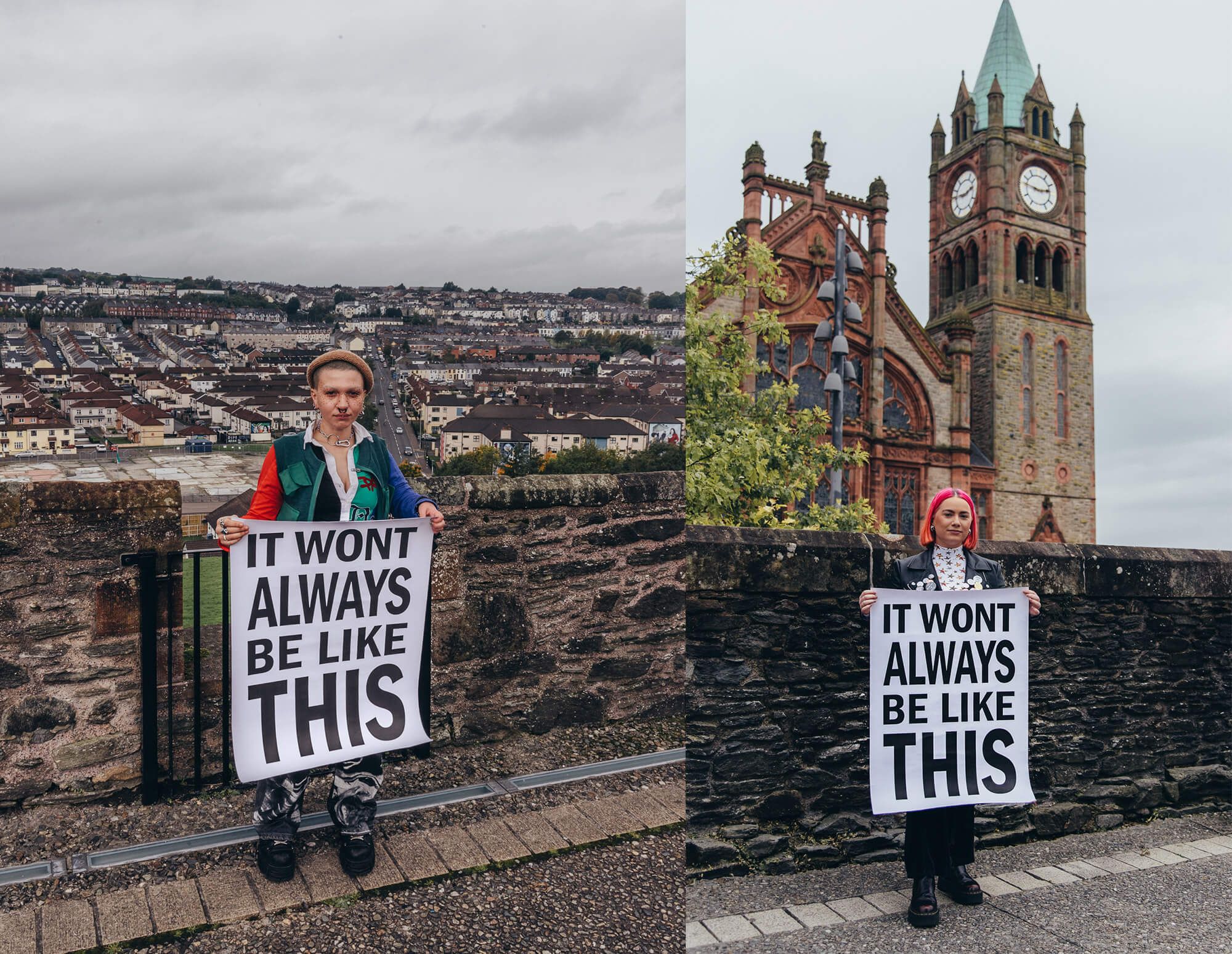 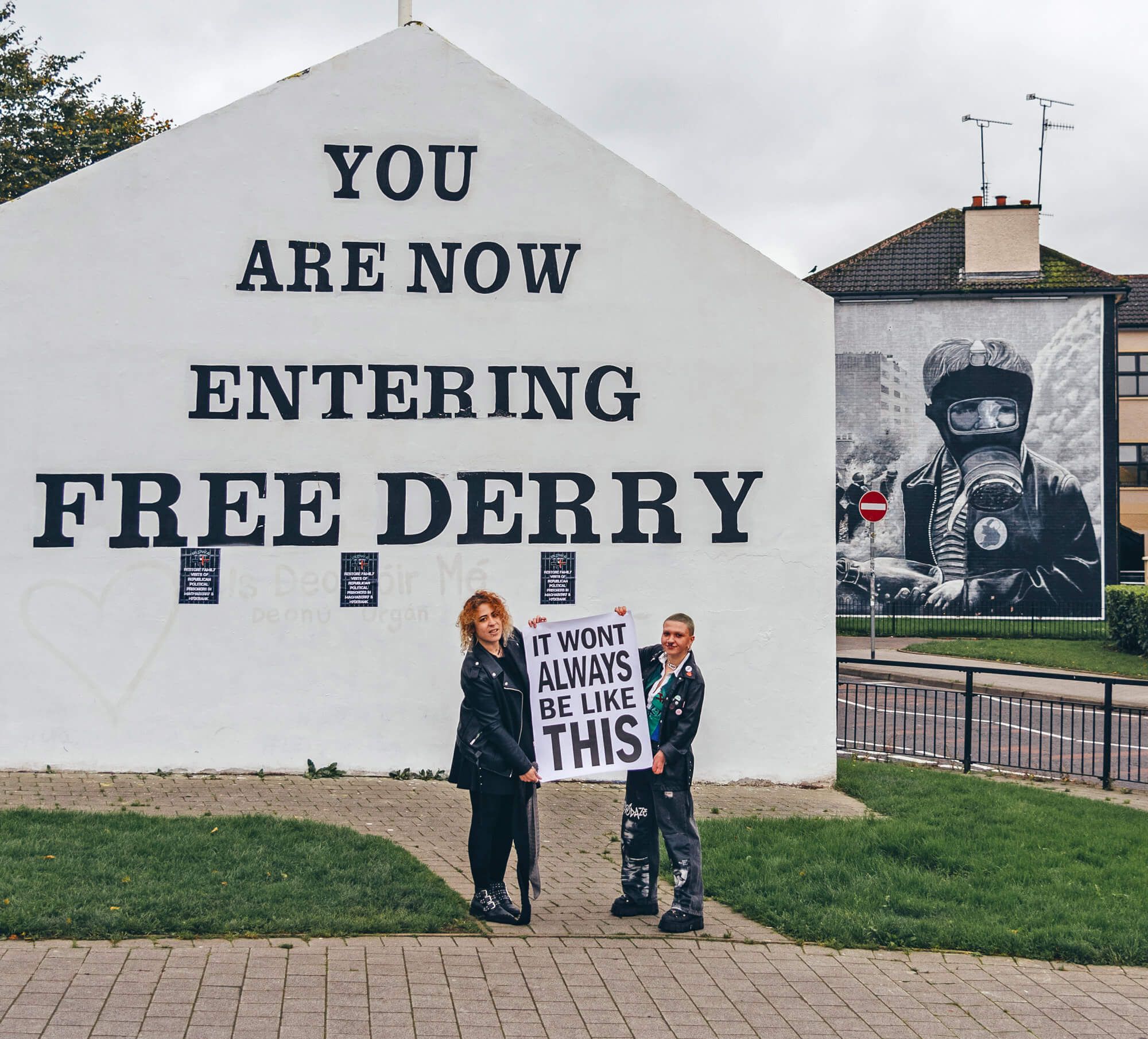 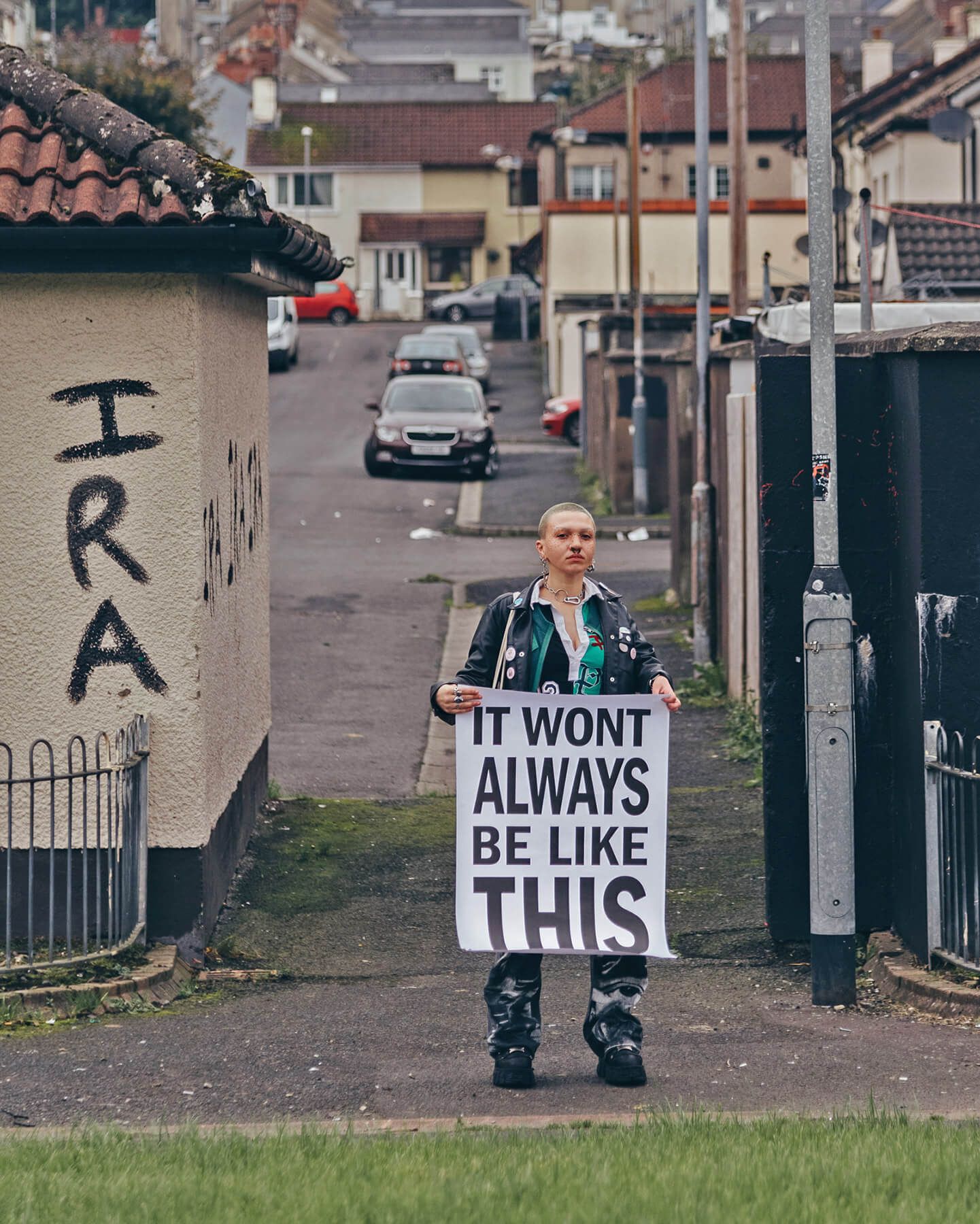 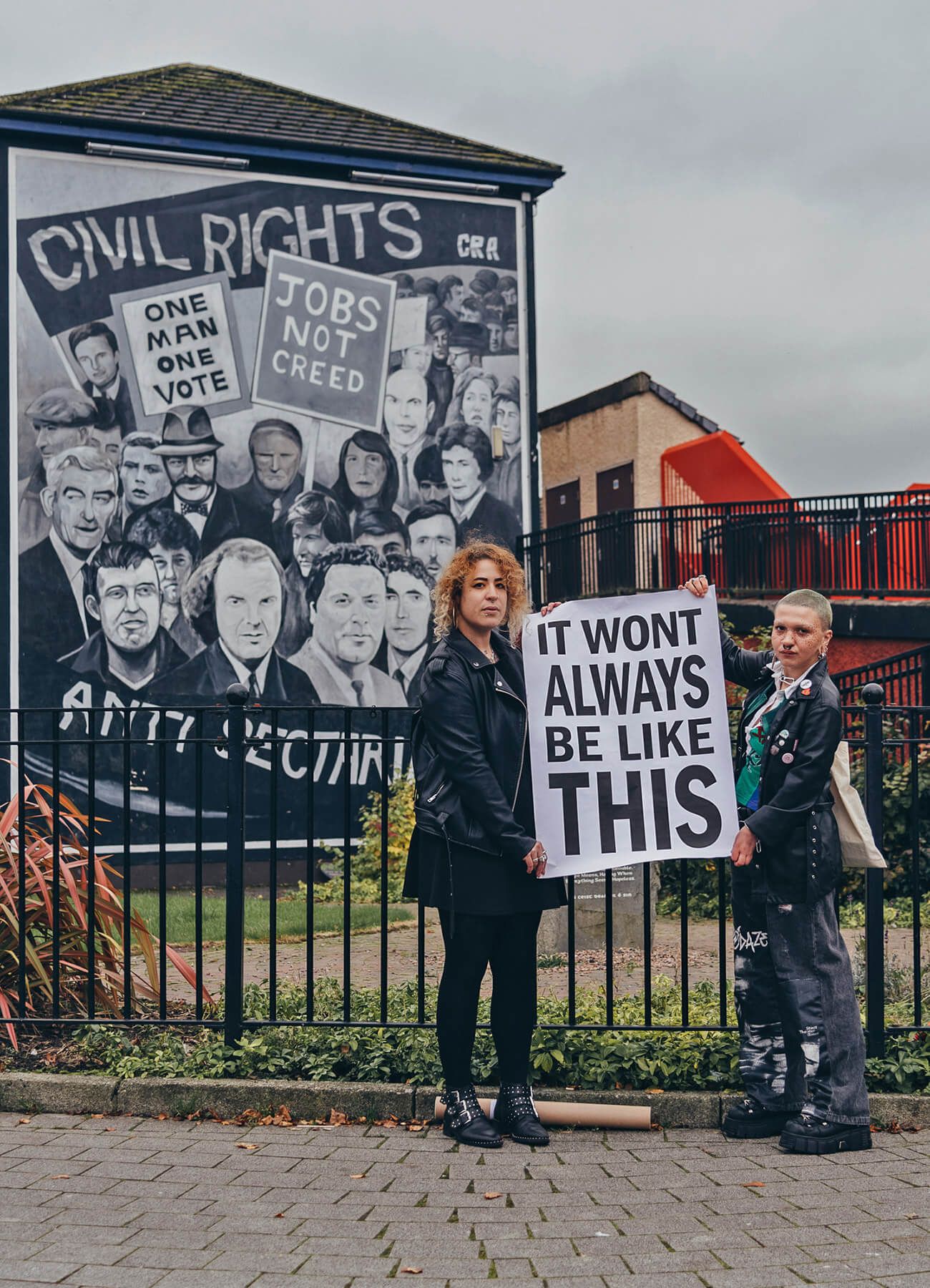 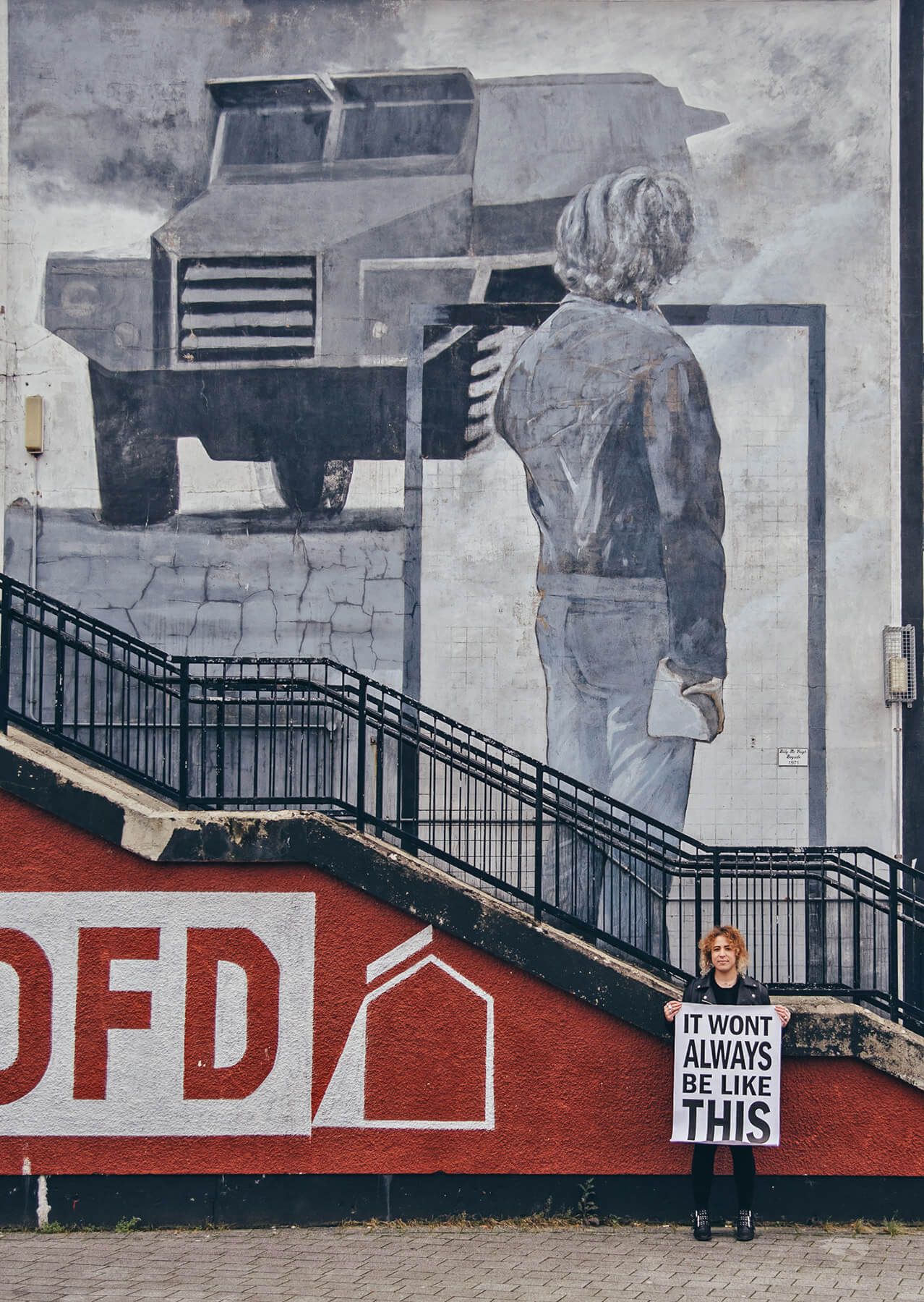 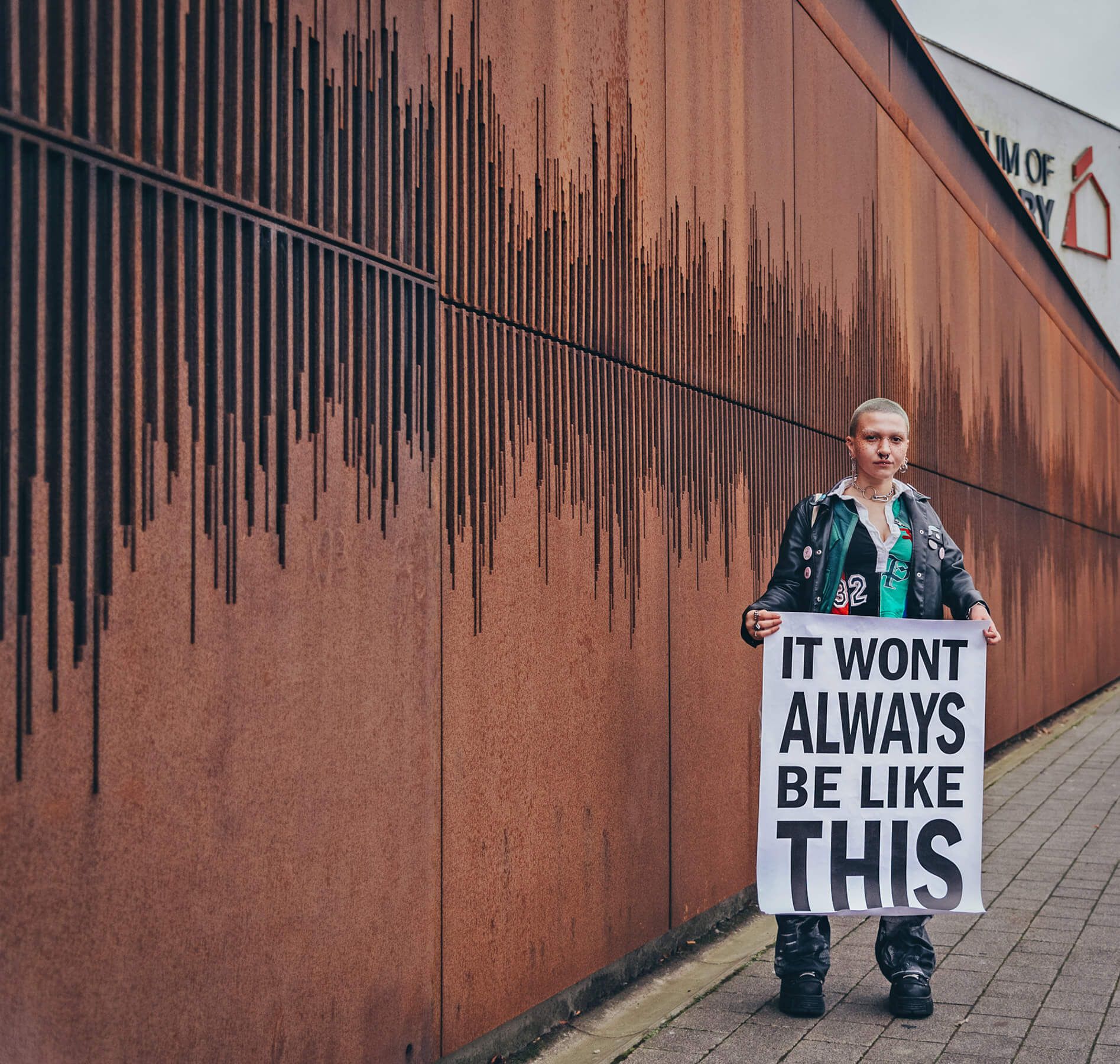 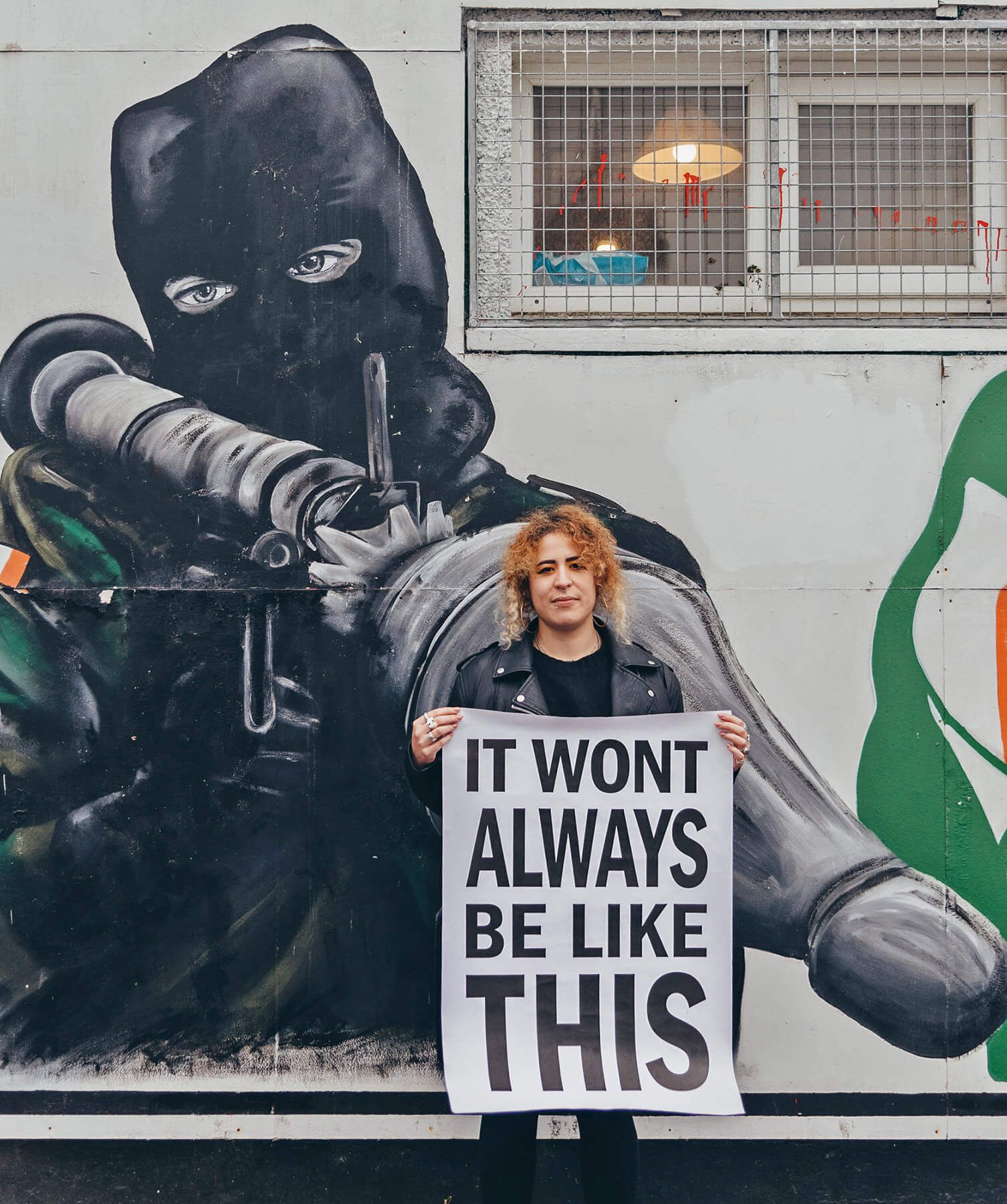 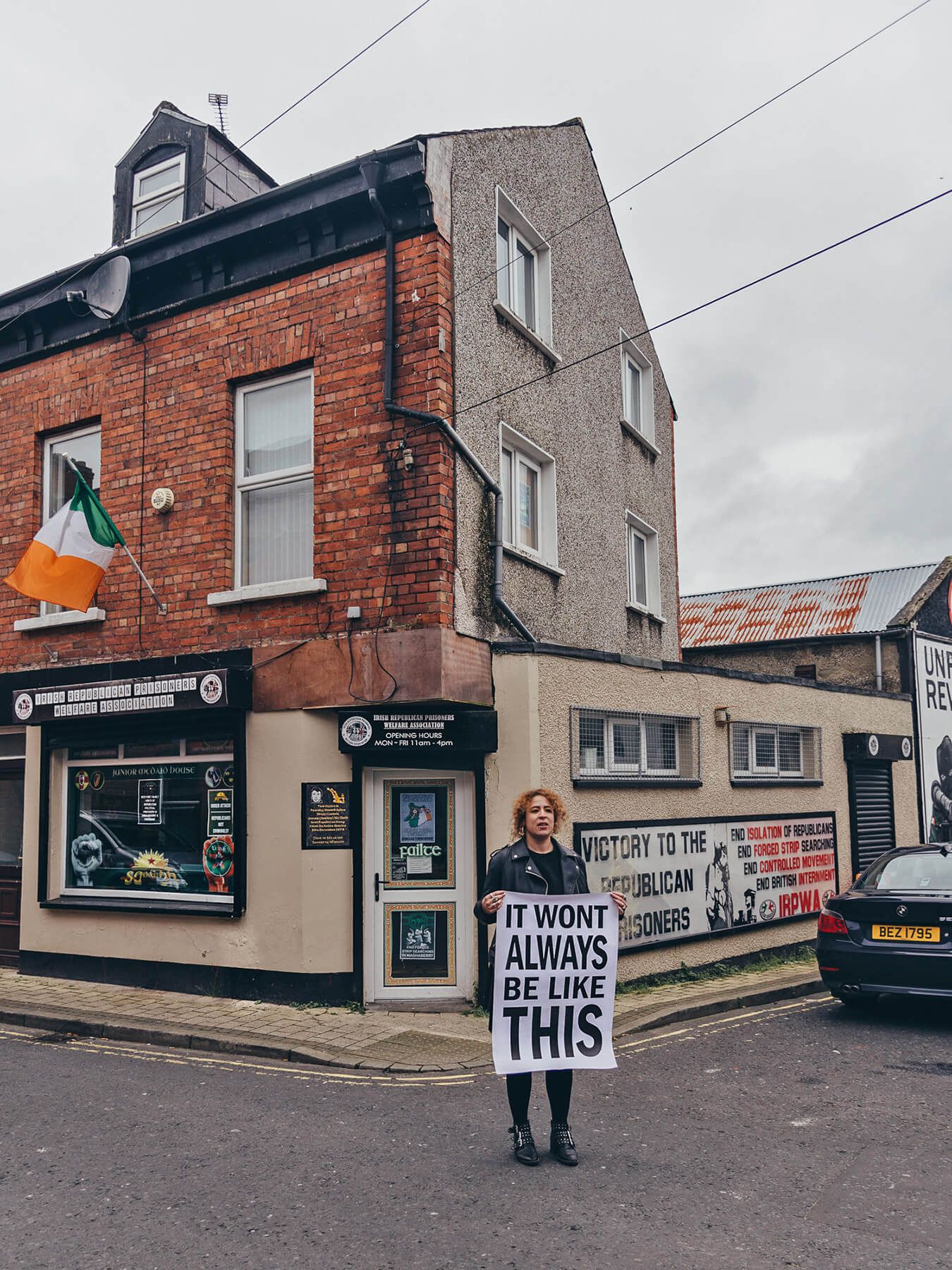